Plenty of people smarter than me, and I’d bet one of them can effectively sum-up the US political system.  And politics comes up in the classroom a good amount of course: I try my best to value all opinions and to facilitate worthwhile conversations, and I know I don’t always succeed.  Who better to look for to help than Captain America: Chris Evans, Mark Kassen and Joe Kiani founded A Starting Point: a video-based civic engagement platform created as “a bipartisan channel of communication and connectivity between Americans and their elected officials with the goal of creating a more informed electorate.”

That’s a pretty awesome goal!  And, at least, the site overflows with topics to start some good conversations!

[T]he ideas of different members of the University community will often and quite naturally conflict. But it is not the proper role of the University to attempt to shield individuals from ideas and opinions they find unwelcome, disagreeable, or even deeply offensive. . . To this end, the University has a solemn responsibility not only to promote a lively and fearless freedom of debate and deliberation, but also to protect that freedom when others attempt to restrict it. 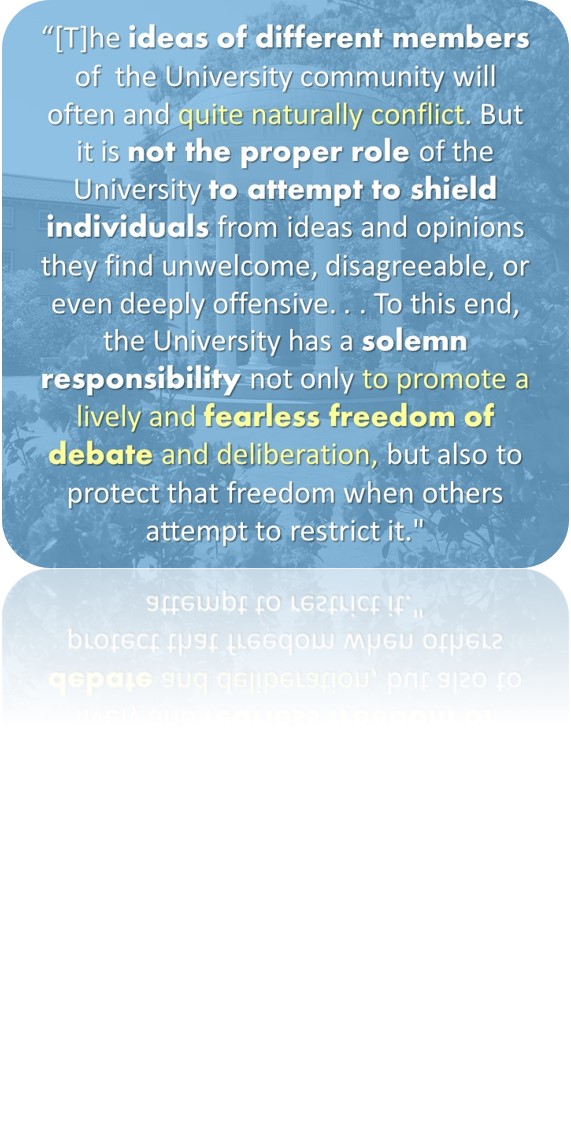